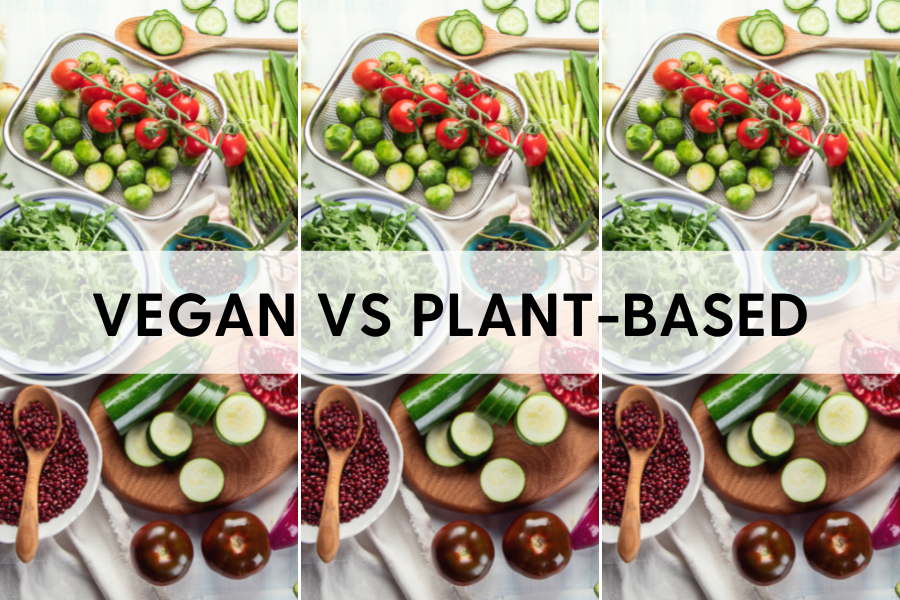 When I first went vegan, a whole new world opened up to me.  New foods, new recipes, new magazines and blog posts to read, and some new friends!  But I was confused about “plant-based diets”.  I learned SO much from popular vegan doctors – such as Caldwell Esselstyn, and Neil Barnard – and they all spoke about eating a “plant-based diet”. But I didn’t really understand what “plant-based” meant – was EVERYthing vegan plant-based?

A friend went vegan at the same time I did (it’s nice to have a support system!). Going vegan became a shared 2012 New Year’s Resolution.  And I remember a conversation we had about vegan cookies we had discovered at a health food store: “They’re vegan …..so they’re plant-based…..aaaaand since they’re plant-based, they’re healthy and we can eat as many as we want!!”.  Ummmm….no.  Sadly this turned out to NOT be true.  Boo.

So what IS the difference being eating vegan and eating plant-based?  Here are 6 things to know!

Vegan or Plant-Based – 6 Things You Should Know

1) A vegan diet is about the animals (and not health)

Let’s start with what a vegan diet is.  Vegans do not eat anything that comes from an animal. So veganism is really more of a way of living – a lifestyle – than just a way of eating, or a diet.

Being vegan is an ethical choice – one that excludes any form of animal exploitation and cruelty.  And this typically extends into clothing choices (such as not wearing leather, fur, or wool – because these all come from animals), and also into other consumer goods such as make-up and personal care items (which might contain animal products or be tested on animals in laboratories).  Vegans care first and foremost about the animals – and not doing them any harm.

So since veganism is an ethical lifestyle – and not necessarily a healthy one – there is a lot of delicious vegan “junk” food to be found!  And easy and convenient processed vegan food is everywhere these days (things have REALLY changed since I went vegan in 2012!).  There are vegan pizzas at Target, vegan cupcakes, and cookies and candies at Whole Foods.  There are even vegan frozen dinners at Walmart.   (And if you live in a tiny little town in the middle of nowhere – not to worry! – you can easily have all kinds of vegan food options shipped to your home by Amazon or Thrive Market – woo hoo!).

Plant-based foods seem to be EVERYwhere these days.  But the term “plant-based” seems to mean different things to different people.

Generally, a “plant-based” diet is a way of eating – mainly for health reasons – that consists mostly of foods made from plants.  So the priority is health (vs animal welfare).

A plant-based diet has been shown in countless studies to prevent and/or reverse chronic diseases (such as cardiovascular disease, cancer, diabetes), to improve cognition and brain health, to reduce inflammation and pain, and to improve athletic performance.  So it is an obvious choice when someone is seeking to change their diet for health reasons.

3) You can be BOTH vegan AND plant-based

Many people choose to be both vegan AND plant-based (like me!).  I went vegan for the animals (and it’s the animals that KEEP me vegan), but after just a few weeks of giving up dairy, my chronic headaches and knee pain were GONE!  The cause of those chronic daily headaches and achy knees??….inflammation from dairy products.

And back in 2012 when I went vegan, there were far fewer processed vegan foods available than there are now, so I had to cook most of my meals at home.  And cooking at home meant not a lot of processed ingredients (because vegan meats and cheeses, etc were just not as easily available – or as delicious! – as they are now).  So I tried lots of recipes with beans and lentils and tofu and veggies…..and I “accidentally” became a plant-based vegan.

Others might start out as plant-based eaters for health reasons, but then learn about factory farming conditions, or learn how methane from dairy and beef cattle is driving climate change.  These are often factors in why health-focused plant-based eaters decide to give up all animals products to also become vegan.

Nowadays, there are SO many delicious AND healthy vegan recipes out there – from food blogs and vegan cookbooks – it’s easy to transition to a healthier, more plant-based vegan lifestyle. Or if you prefer to eat out, many ethnic foods are vegan (or easily vegan-ized) – such as Thai food and Indian food.  And most are packed with beans or legumes, tofu, and/or veggies….healthy AND delicious vegan AND plant-based foods. 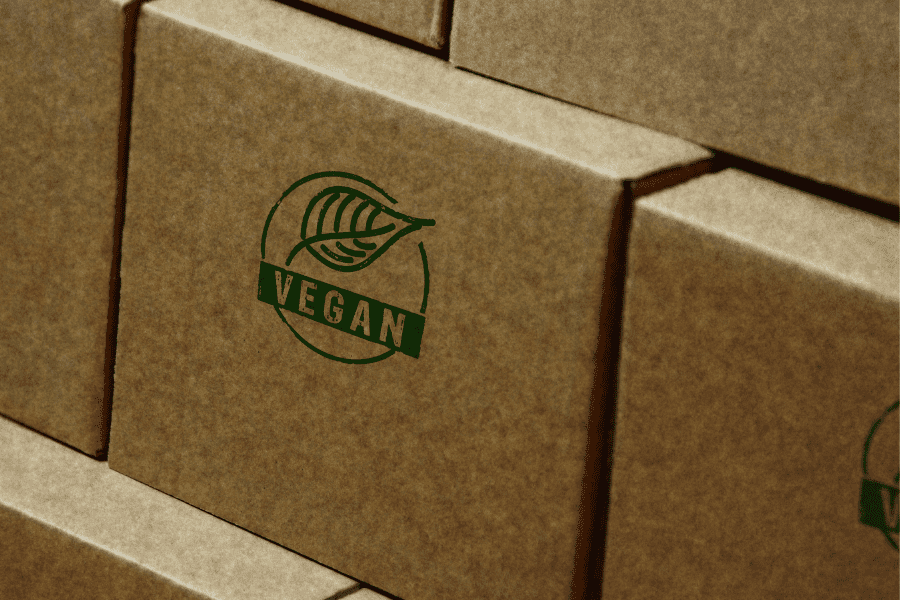 4) Not all “plant-based” foods are vegan

Recently my friend’s very non-vegan dad – who knows I’m vegan – was excited to tell me he had eaten (and enjoyed!!) a plant-based Marie Callender’s frozen “chicken” pot pie.  It was labeled plant-based because it was made with Gardein Chick’n .  But although it included Gardein Chick’n (which is vegan), it also contained milk and whey, which are NOT vegan.  So while this pot pie was plant-based, it was not vegan.  (Still, I told him how happy I was that he had enjoyed a “meatless meal”!! – because every little bit helps!!)

5) Just because something is labeled “plant-based”, does not mean it’s healthy

An example of this is Marie Callender’s Plant-Based Chick’n Pot Pie I just mentioned.  Yes, it’s plant-based – but it also has 50 grams of fat (22g of which are saturated fat) and 1,560 grams of sodium).  Talk about a sodium bomb.  Not really a “healthy” choice.

Another example is a popular “plant-based” frozen lasagna entree.  It contains the following ingredients:

The ONLY “plant-based” ingredients (besides herbs) – are tomato paste, pea protein, pea flour, and dried onion.  Not a lot of “plants”, and not exactly health-promoting. 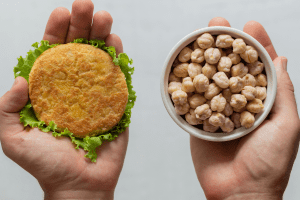 6. The healthiest vegan AND plant-based way to eat is to eat a whole food plant-based diet

ANY steps you take towards eating a more plant-based diet will improve your health.  Even if you are vegan for the animals, your body will thank you for eliminating meat, dairy, and eggs from your diet.  You will no longer be consuming cholesterol, saturated fat, or the hormones and antibiotics that farmed animals are treated with – all of which play havoc on your body.  Eating MORE plants is a win any way you look at it – for your health and also for the animals and our planet.

Is Soy Healthy?  Facts About Soy You Should Know