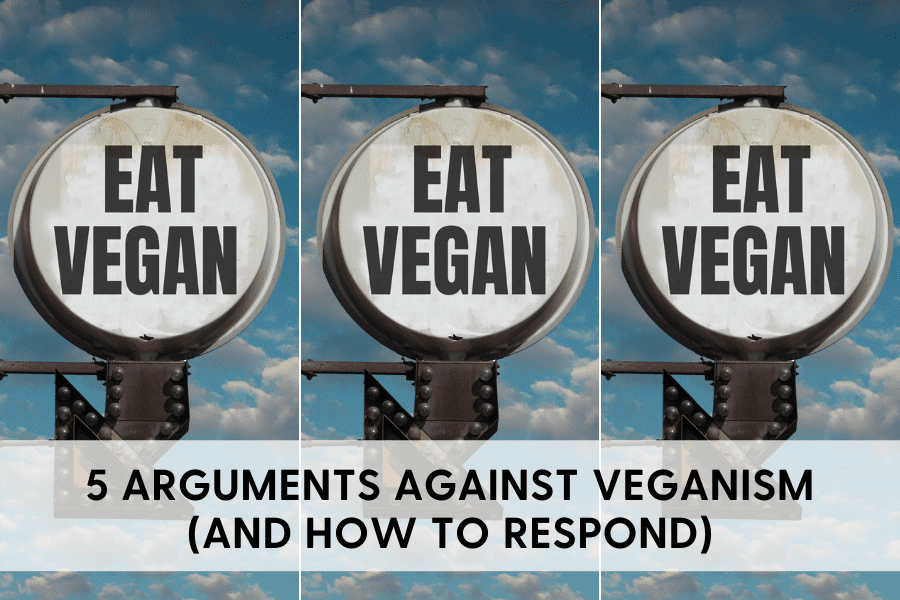 If you are vegan, you probably have heard many of the arguments against veganism.  You probably even know people – friends and family – who have challenged your choice to be vegan.   Most vegans I know genuinely want to defend and protect the animals. We want to be their voices.  It’s not about the people eating the animals – it is about the animals – and the (usually miserable) lives they led before ending up on someone’s plate.

(I do want to preface these arguments against veganism and their responses by saying that my philosophy on veganism is to meet people where they are.  Many people feel judged around vegans.  Others just do not want to know the truth – whether it’s about the treatment of animals or the implications on our planet and the environment.  People do not want to feel challenged or pressured into changing what they eat or how they live (I certainly don’t).  And pressuring people tends to put them on the defensive, which usually turns them off to learning more about veganism – which is the last thing we want.)

But oftentimes WE are end up being challenged for our vegan choices and we don’t know how to respond.  We know in our hearts why we are vegan – but how do we respond to arguments against being vegan?  Responding begins with knowing the truth behind these arguments.

5 Common Arguments Against Veganism (and How To Respond)

VEGAN ARGUMENT #1: “We have canine teeth for a reason.  We are meant to eat meat.”

Animals (including us human animals) fall into three distinct categories of what (and how) they eat:

Some scientists believe that humans are omnivores.  We know that our closest evolutionary relatives are chimpanzees (with whom we share 99% of our DNA).  And while in their natural habitat, chimpanzees primarily eat fruit, leaves, and insects, chimpanzees are classified as omnivores because they do eat some meat.

It’s important to note the following about a chimpanzee’s meat consumption, however:

So even though our most closely related animal – the chimpanzee – is an omnivore (if only for social status reasons), are humans then omnivores?

Research has suggested that humans began eating meat as scavengers – eating the leftovers of carnivores in times of necessity.  But our bodies never adapted to eating meat.

Dr. William C. Roberts, editor of the American Journal of Cardiology,  has said:

“Although we think we are, and we act as if we are, human beings are not natural carnivores. When we kill animals to eat them, they end up killing us, because their flesh, which contains cholesterol and saturated fat, was never intended for human beings, who are natural herbivores.”

Humans in fact are actually much closer anatomically to being herbivores than to being carnivores (despite what proponents of the “carnivore diet” might want us to believe) or even omnivores:

So is eating meat an option for humans physiologically?   Yes.  Is it necessary for humans to eat meat?  No. And in many cases, eating meat (and animal products in general) is detrimental to our health.

Science has shown, however, that our bodies THRIVE on a plant-based diet. 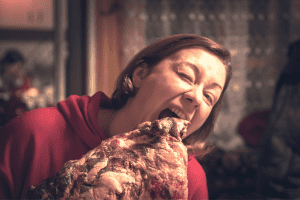 VEGAN ARGUMENT #2: “A vegan diet is lacking in protein (and/or calcium).  Humans need meat and dairy.”

In terms of animal products being a superior source of protein and calcium than vegan options, this is simply not true.  Let’s start with protein:

Do you know where cows and pigs and chickens get their protein from?  PLANTS.  A bodybuilder might choose to eat a chicken breast because they “need some protein”.  Yet, where did the chicken get its protein?  Not from eating a chicken breast (or a steak or whey protein powder for that matter).  Chickens get their protein from eating PLANTS (grains).

In other words, when people eat animals for protein, they are basically eating the “middle man” – and not going directly to the source.

And the source of all protein is plants.

Choosing animal products as the main protein source comes with health implications.  Because along with that animal-based protein, comes some not-so-healthy things – including saturated fat and cholesterol, along with any hormones and antibiotics the animals are given.

And have you heard of kwashiorkor? Kwashiorkor is a form of malnutrition that occurs when you do not eat enough protein.  There’s a reason you probably have not heard of kwashiorkor – protein deficiency is extremely rare in developed countries (such as the U.S, Canada, and all of Europe).  And in fact, most people eat too MUCH protein – with Americans eating twice as much protein as their bodies need.

And eating all this excess protein doesn’t come without risks.  Our bodies can’t store protein.  So any extra protein we eat is either used immediately as energy, or is stored as fat.  And processing all that protein is hard on the kidneys, leading to increased risks of kidney stones and kidney disease.  And a high protein diet consisting of red meat and saturated fat also leads to an increased risk of heart disease and colon cancer.  (Excess plant-based protein however does not carry the same risk, most likely because plant proteins are high in fiber and in anti-inflammatory phytonutrients.)

Cows aren’t magical calcium-making machines. In addition to getting their protein from plants, cows also get their calcium from plants. After a cow eats calcium-rich grass or hay, the calcium from the grass or hay ends up in the cow’s bloodstream and then eventually their mammary glands, which then produce calcium-containing milk.

68% of the world’s population suffers from lactose intolerant – whereby the body can’t break down the lactose (sugar) that is found in cow’s milk and dairy products.  This causes uncomfortable digestive symptoms such as bloating, gas, and diarrhea.

Dairy can also be highly inflammatory and can cause other health problems, including cystic acne, sinus problems, and arthritic flare-ups.

So as with protein, why not go directly to the source of calcium – plant! – and cut out the middle-man (or middle-cow!). 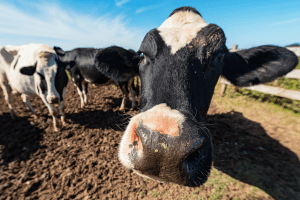 VEGAN ARGUMENT #3: “Being vegan is hard!  Plus, I would miss meat (or cheese) too much!”

Being vegan prior to the year 2010 may have been a bit challenging….but nowadays it has never been easier!

The plant-based movement is growing at a rapid rate. Retail sales of plant-based foods in the U.S. grew 27% during the pandemic.  In 2020 the plant-based food market grew 2x faster than overall food sales, becoming a $7 billion industry. It has never been easier to find vegan food options!

And the vegan community keeps getting bigger!

There are SO many opportunities to surround yourself with like-minded friends, who will only help make your vegan journey easier!

There are also so many vegan resources to keep you motivated – whether you are vegan for the animals….or plant-based vegan for the animals AND health.  Books, magazines, blogs (like this one!), and movies….have never been easier to find, and will help answer questions you have or act as a reminder of why this lifestyle is SO important for you, the animals, AND the planet!

In terms of missing meat and cheese, there are a few things to consider:

VEGAN ARGUMENT #4: “Being vegan is too expensive!”

If you focus on eating mostly plant-based vegan vs processed vegan food, eating vegan will be very inexpensive.  With a focus on dried or canned beans, rice,  pasta, seasonal fruits and vegetables, whole grains (such as oats, quinoa, barley) – you will be eating inexpensive yet highly nutritious (and delicious!) foods.

Buying foods in bulk (especially rice and dried beans) can really help reduce costs as well.  And there are SO many amazing recipes (free to be found online!) to try using these wholesome ingredients.

So the argument that eating vegan is “more expensive” than eating meat and dairy, is just not true.

VEGAN ARGUMENT #5: “Plants feel pain too.  And vegans kill a lot of plants.”

(Eye-roll time!) Yes….plants are alive.  They grow. But unlike humans and animals, plants do not have pain receptors, a brain, or nerves.  Plants do not feel pain, as a human or an animal does.

Plants also do not fear death, as a human or animal does.  All living things have survival mechanisms, but fear and pain are not part of a plant’s survival mechanism. (One of the things that keeps me vegan and not wanting to eat animals is the image – that is forever etched in my brain – of a cow being pushed into the slaughterhouse.  You can tell she senses what is coming.  She smells death.  And hears the sounds of death.  The fear in this poor cow’s eyes was absolutely heartbreaking.  Whenever I might consider eating cow (beef) again, I just think of that cow and remember WHY I’m vegan.  I am vegan because no human or animal should have to experience such fear (and especially not selfishly for my tastebuds.)

And just a reminder….what do cows eat for their nutrients and protein?  Plants.   And a cow has to eat a LOT of plants in order to grow into 1,400 pound adult cow.  MANY more plants are “killed” and fed to cows in order to fatten them up than any vegan could possibly eat in a year.

So for anyone truly concerned that “plants feel pain too”, the best thing they can do is stop eating the animals that are being fed all those plants!!

Are Fish Animals?  How to decide whether to be vegan or pescatarian.

Vegan Recipes for Non-Vegans – 7 Recipes You Must Try!